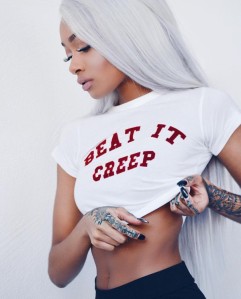 Question:
Some dude is messaging me about meeting me and wanting to get laid. I told him a real dominant doesn’t jump right into bed with someone first meet. Now he’s complaining it’s a bit of a train journey “just for a drink”. Is this in my head or am I right?
Answer:
oh… first… I really do think your “a real dominant does… (or does not)” is a bit of a misconception.

Truth is: there are as many dominants as there are ways to submit. Often I have seen the people calling themselves “real dominants” to be a real fake (without even knowing it them selves). To me, it is actually a bit of a red flag in my kinky friendships.

The reality is, some Dom(me)s will fuck right away and some don’t. The only thing that really matters is what kind of dominance you want for yourself? That is the only thing that is really interesting in the way you like dominance played out in your life. So search your Dom(me)s accordingly!

In my eyes, the only thing that is valid in situations like these, are sentences like “in MY book dominants are willing to invest in BDSM-play to have an interesting play/session/time” (or something like that in your own words).
…and “to create an interesting play that always takes a talk (at the very least) as equals(!) about the places we can go together

That having said, me personally, I have often fucked on first dates. But only after being asked … and asked with zest, please …or I am not interested!
This is a world where we are allowing ourselves to make our own definitions. 🙂 Don’t let’em take that away from you.

Of course, there are people who will only tease and not please. So I could appreciate the boldness with which he states his wishes. But this doesn’t seem to be the case here with you, now does it?
So should you really continue investing any energy into people that will not create anything interesting in your life…
I’d think not!
(unless of course he has this great bod and you do feel like a cheap fuck -nothing wrong with that-. but again that does not seem to be the situation here, now does it?).

Pick your Dom(me). I know it takes time and experience (so learn from mistakes). But if you make your self cheap (and this is coming from someone who enjoys apparent cheapness) you will make yourself cheap in layars that are underlying your (BDSM-)relationships.
If you like to be cheap, sell it on the outside, not inside.

So if you like your BDSM-sessions to be more than that, do him the courtesy of telling him that his way of BDSM-play is not interesting to you… So you won’t be interested in further contact.
And then of course -knowing his kind- he will be reacting with something like “you don’t know what you’re missing”, where he really shows his colors… (and waves his red flag accordingly)…
Sooo [BLOCK] these dudes then, warn your girlfriends against him and be happy you didn’t give him your private address yet… (I hope).
The way I see it?
Have fun! …with someone else.


If you’d like to react publicly leave a reply

This site uses Akismet to reduce spam. Learn how your comment data is processed.